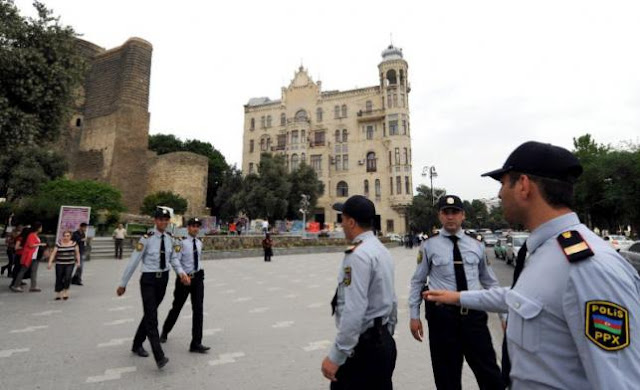 Azerbaijani security administrations have killed two men associated with plotting “psychological militant assaults” in the mainstream ex-Soviet nation with a for the most part Muslim populace, powers said Friday.

The two Azerbaijani nationals were shot dead amid an extraordinary operation on Wednesday night, the oil-rich Caucasus country’s State Security Benefit said in an announcement, including that another suspected “psychological militant” had been captured.

The three suspects had been ordered by “outside radical religious psychological oppressor gatherings” to make a furnished gathering known as the Caucasus Jamaat to do assaults in the nation of 9.5 million, powers said.

“The furnished gathering, the Caucasus Jamaat, has been arranging fear based oppressor assaults in Azerbaijan and had joins with psychological oppressor associations required in equipped clashes abroad,” the announcement said without giving further points of interest.

One of the two suspects executed in the operation had supposedly endeavored to explode a hand projectile as security officers attempted to capture him.

In February, Azerbaijan captured eight men for battling nearby the Islamic State jihadist assemble in Syria and Iraq.

Neighborhood media had already reported various instances of Azerbaijani nationals battling close by IS jihadists, including inside the positions of the Jaish al-Muhajireen wal Ansar (JMA) bunch comprising for the most part of Islamists from the previous Soviet Union.