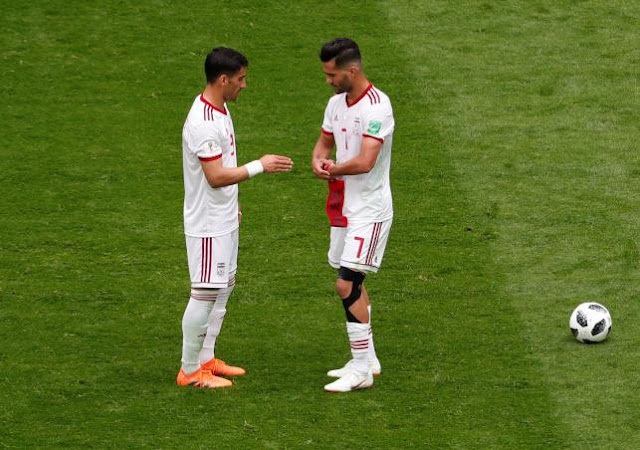 Iran commander Masoud Shojaei said on Tuesday that the World Glass was the wrong place to examine the issue of ladies being permitted to watch football matches at stadiums in the Islamic republic.

Iranian ladies are relied upon to be in the group at the Kazan Field on Wednesday when their nation goes up against Spain, exploiting an open door not accessible to them back home.

A flag announcing “#NoBan4Women” and “Bolster Iranian ladies to go to stadiums” was held up when Iran played Morocco in their Reality Container Gathering B opener in St. Petersburg last Friday.

Shojaei, however, told the authority pre-coordinate news meeting that the verbal confrontation was one that would be better directed in Iran after the competition.

“We are a family, we are a country when we are out on the pitch,” he said through an interpreter.

“These are not simply exhausting words. To discuss this issue presently would be rude to the competition.

“I want to tackle our issues inside our family and on the off chance that we have the chance to discuss this later, we will.”

As per media reports in Iran, Shojaei has beforehand offered support to the lifting of the boycott, which was forced on ladies going to all games occasions after the unrest of 1979.