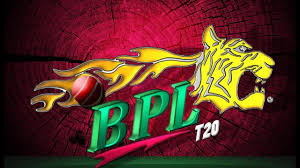 Regardless of losing the seventh wicket with just 43 keeps running on board, a 85-run eighth wicket organization between Mehedi Hasan Miraz and Farhad Reza drove Rajshahi Rulers to a 49-run win over Rangpur Riders in the Bangladesh Chief Class on Monday.

Miraz hit 41 in 33 balls while Farhad impacted 44 off 32 conveyances to take Rajshahi to an OK aggregate of 128, a score their bowlers safeguarded pretty effectively.

For Rangpur, Arafat Sunny packed away three wickets while Shahid Afridi sacked a support surrendering just 10 keeps running in his four overs, however neglecting to contain Miraz and Farhad cost them huge.

Pursuing 129, Rangpur were packaged out for just 79, as just two of their batsmen – Mohammad Shahzad (12) and Mohammad Mithun (20) – could achieve twofold figures.

Miraz was pronounced the player of the match for his inside and out show, the adolescent grabbed two wickets after his batting heroics.