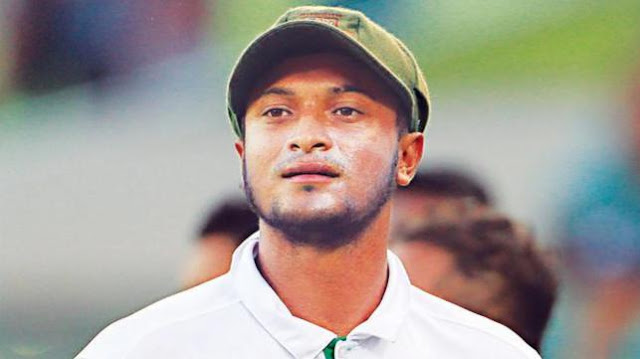 Pro all-rounder Shakib Al Hasan has asked for a six-month break from Test cricket in front of the up and coming voyage through South Africa, the nation’s board said Monday.

“Shakib has given a letter to the board, looking for a break from Test cricket,” Bangladesh Cricket Board representative Jalal Yunus told AFP.

“He said he will be accessible for different arrangements amid this period however he required this break from Test cricket to invigorate his body.

“We haven’t yet settled on any choice with respect to his demand. BCB president (Nazmul Hasan) will settle on an official conclusion.”

On the off chance that the BCB acknowledges Shakib’s ask for, he will likewise miss the two-Test arrangement against Sri Lanka at home in December-January.

The 30-year-old has played each Test for Bangladesh since missing two amusements against the West Independents in 2014 in light of suspension.

His ask for the Test break comes in the midst of worries over player weakness, and additional feedback that players are organizing winning cash over speaking to their nations.

Shakib is consistent at establishment based Twenty20 competitions around the globe and earned $712,000 from four Twenty20 rivalries in 2016.